As we know, wires and cables are used to distribute the generated electric energy. A wire or cable is a conductor that can pass electric current or electrical signals and at the same time is insulated from its surroundings so that it does not get into trouble in different working conditions. The type of this conductor, wire, and cable codes are always displayed as characteristic codes.

Cable and wire are different in terms of conductor type, insulation, installation conditions, etc. A wire is a conductor usually single-stranded and covered with an insulating layer. Still, a cable may consist of several conductors insulated from each other and the ground. In general, it can be said that all cables and wires consist of two main parts, an insulator, and a conductor, each of which is used in a special way in the building. 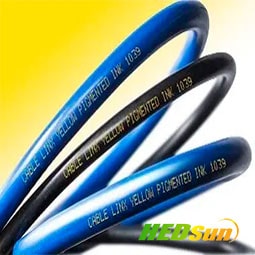 The insulation part of wire and cable is responsible for protecting the conductor against connecting to other parts and it is stretched as a coating on the entire surface of the conductor and insulates it from the surrounding environment. This cover is made of different types, which can be referred to as oil-soaked paper, rubber, and plastic insulation.

In cables, after insulating the conductors from each other, they are placed in another insulating cover called a sheath. This cover is also made in different types of cables. A simple type of sheath is only a plastic cover, but in special cables, it may be made with metal layers. This metal layer, which is made of different materials, is called armor. The armor is placed under the sheath and is responsible for protecting the cable against mechanical stress.

According to the German VDE standard, special letters are used to identify and name wires and cables, which are referred to as wire and cable characteristic codes. The table below describes these symptoms.